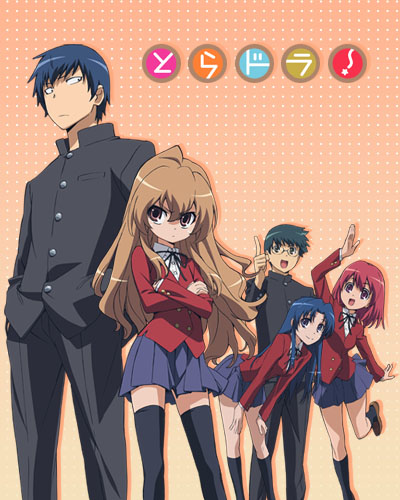 * Based on a light novel series by Takemiya Yuyuko, illustrated by Yasu.

Takasu Ryuuji is frustrated with the way he looks as he enters his second year of high school, for despite his gentle personality, he actually looks like an intimidating delinquent. Thus he does not see his chances of getting a girlfriend improving any time soon, and does not have many close friends either. After being greeted by his hungover mother in the morning, Ryuuji goes to school and finds out that he is in the same class as his best friend Kitamura Yuusaku. But what makes him extremely happy is that he gets to be in the same class as his crush Kushieda Minori. However, it is then that he unexpectedly bumps into Aisaka Taiga — the creature ranked most dangerous in the school — who goes by the nickname Palmtop Tiger and also just happens to be in his class.

Taiga has a negative attitude towards others and will not hesitate to snap at people. After a series of misunderstandings between Ryuuji and Taiga, Ryuuji is taken in by Taiga as her personal servant. Taiga had moved out to live on her own due to family issues and is inept at doing household chores. After discovering the state of her apartment Ryuuji, who has a real talent for domestic chores, decides to do all of her house work. Taiga spends a lot of her time over at his house, so much so that she could almost be considered a member of his family. And since Ryuuji spends a lot of time with Taiga, he opens up to her world and to a side of her that most people do not see. The two also attempt to help each other in order to improve their relationship with their respective crushes — Taiga has a crush on Ryuuji`s best friend, Yuusaku, and Ryuuji has a crush on Taiga`s best friend, Minori. However, fellow students start to become curious about their strange relationship together and rumours begin to spread about them... 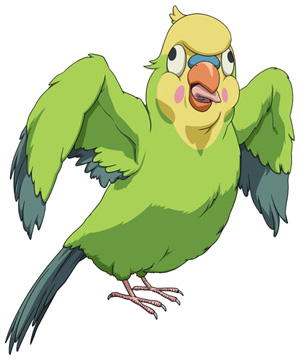