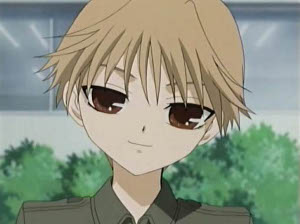 Hiro Souma is the sheep of the Chinese zodiac. He depicted as a very intelligent but verbally aggressive and smart-mouthed sophist who is initially not very likeable.[Several characters express intense irritation with him, but he escapes physical punishment by hiding behind being "just a kid." Hiro loves Kisa and resents Tohru because she unwittingly monopolizes Kisa`s time and admiration.