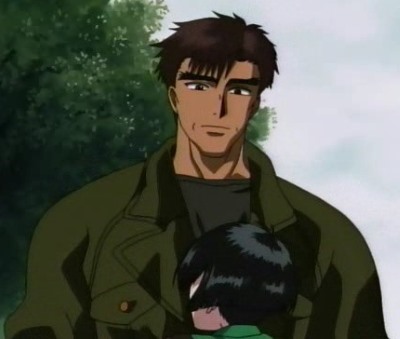 Shiyuu Kusanagi is a soldier in the Japanese Self-Defence Forces who is telepathically linked to the plants and animals of the Earth, and thus strongly resents humanity`s destruction and pollution of the natural world. Although he is one of the Dragons of Earth, unlike his compatriots he believes all life is sacred and is opposed to its wanton destruction. He is the first person outside of Yuzuriha`s family to see her normally invisible dog Inuki, and as such she falls in love with him. He does not seem to reciprocate completely, but nevertheless is very protective of her, saving her several times from death at the hands of the other Dragons of Earth.

He also appears twice in Tsubasa Chronicle, first as a virtual reality player in Edonis country paired with Yuzuriha and again in Tokyo Revelations as part of the City Hall faction.