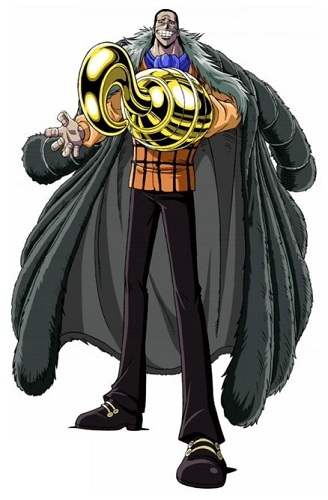 Sir Crocodile was the president of the secret criminal organization, Baroque Works, and the main antagonist of the Baroque Works Saga. His codename in the organization was "Mr. 0". He is the longest running primary villain of the series as well as the first villain to hand Luffy a complete and utter defeat. He was originally introduced as a Shichibukai but was stripped of his title after attempting to take control of the desert kingdom, Alabasta. He was first introduced as a major enemy of Luffy`s, however, the two later formed an uneasy alliance during their escape from Impel Down and the latter half of the Battle of Marineford.