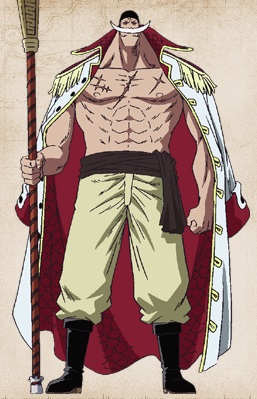 Edward Newgate, better known as Whitebeard, the captain of the Whitebeard Pirates, was known as the "Man closest to One Piece" or "The Strongest Man in the World" (世界最強の男 Sekai Saikyo no Otoko) and was one of the Yonkou that ruled over the New World. He was killed during the Battle of Marineford by his former subordinate Marshall D. Teach and his crew.