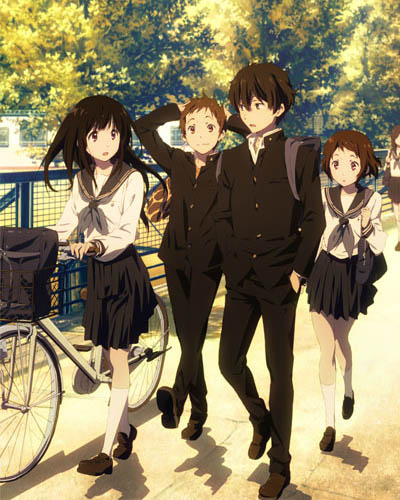 Houtarou`s classmate who joins the Classic Literature Club with him. He is proud of his impressive memory, referring to himself as a human "database", and wears a perpetual grin. Although he always urges Oreki to participate more in life, it is revealed that he is also secretly jealous of Oreki for his critical reasoning abilities. He calls Ibara Mayaka by her first name, which indicates the two are close. Later on, Satoshi reveals that he does have feelings for Mayaka, but doesn`t want to become "obsessed" with her. He begins to date Mayaka in the spring of their second year.