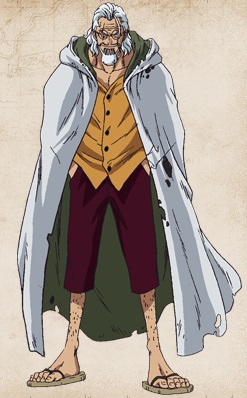 "Dark King" Silvers Rayleigh is the former first mate of the Roger Pirates, known to be the "Right Hand of the Pirate King". He became a coating mechanic in Sabaody Archipelago at some point after Gol D. Roger died and the crew was disbanded. He served as Luffy`s mentor in the use of Haki during the two year timeskip.