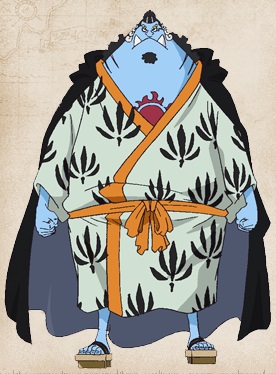 Jinbe is a whale shark fishman and second captain of the Sun Pirates after Fisher Tiger, and who became a Shichibukai eleven years ago. He renounced his Shichibukai title at the Battle of Marineford, allying himself with the Whitebeard Pirates. After the timeskip he allies with the Straw Hat Pirates to prevent the New Fishman Pirates` coup d`état against the Neptune Royal Family and the Ryugu Kingdom.