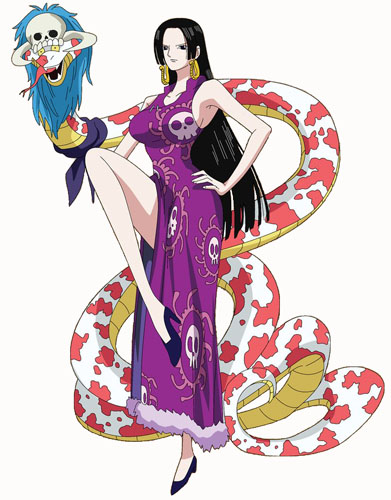 Pirate Empress Boa Hancock is the only female member of the Shichibukai. She is the Snake Princess of Amazon Lily and rules over the Kuja tribe with her two younger Gorgon sisters, Boa Sandersonia and Boa Marigold. She was first mentioned by the Risky Brothers in the end of the Thriller Bark Arc when comparing her legendary beauty to the beauty of mermaids. She is considered by many to be the most beautiful woman in the world. While she currently remains employed within the Shichibukai, her love for Monkey D. Luffy has caused her to turn against the World Government on a number of occasions.