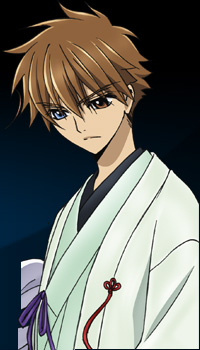 An excellent martial artist and an aspiring archaeologist with extensive knowledge of various languages, histories, and artefacts. His right eye is blind; sometimes, in mysterious dreams, he can see out of the eye and look at a person he recognises as himself in endless mirrors. Shaoran was found in his childhood wandering the streets without a memory, before he was discovered and adopted by Fujitaka (Sakura`s father in Cardcaptor Sakura), who recently passed away, leaving his foster son to continue his great work. He obtained his sword Hien during his stay at Ooto, which he learned to use from Kurogane, and learned his fighting abilities from now-enemy Seishirou, who can also travel between worlds and says he is looking for vampires.

As a clone, he has no mind or consciousness and exists only to collect all of Sakura`s feathers and to return them to her. Of all the clones created by Fei Wong Reed, he is the closest to what Fei Wong Reed intended. Although he has no magic of his own, he does, however, possess the ability to store and use magic. After the real Shaoran was released and arrived in Tokyo to face him the clone gouged out one of Fay`s eyes in order to absorb his magical power.