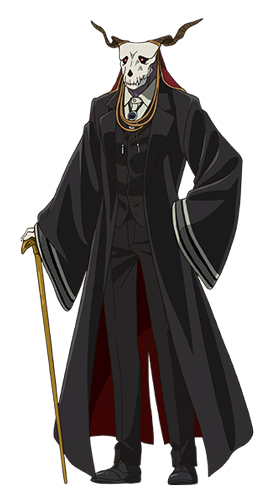 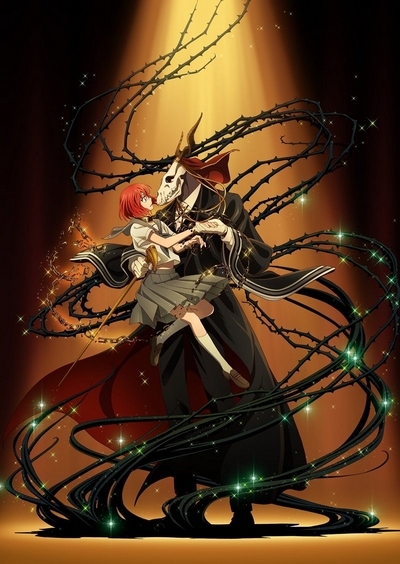 Elias Ainsworth is a magus, Chise`s master and fiancée. He`s a being with both fae and human elements, and his origins are still a mystery. Known as the Thorn Sorcerer, the other faeries see him as an abomination, something he doesn`t mind. He`s also known as "Pilum Murialis" among wizards.

He can control and also turn himself into shadows, and when angry enough, he takes on a more monstrous form. He can even change his head to a human`s using magic. Despite claiming to lack human emotions, after some time caring for Chise he has slowly developed a true fondness for her. However, his innate lack of understanding certain human emotions makes Lindenbaum call him a child.

He dislikes children, saying they don`t have magic powers, but they are talented in being able to see the true nature of things.