Do you consider yourself a casual gamer or hardcore gamer?

I’ve always been a casual gamer, though my preference is for RPGs, and fantasy based games. Final fantasy 8-12, Fable, Dragon Age, and a ton of random games from my youth, Legend of Dragoon, Kingdom H

Hmmm.. not sure what you would call me.  I don't often have a lot of time for games, though I do play them whenever life's priorities allow.  Would the fact that I don't like sadistic games like dark 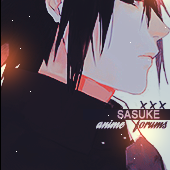 Sekiro is a good game.   I'd agree with this. I don't play games professionally or for long extended periods of time (I think I would consider a hardcore gamer somewhere around 7-8 hours p