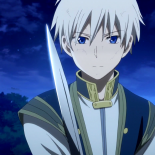 Which do you prefer, subs, dubs or both?