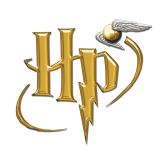 The sorting hat got confused