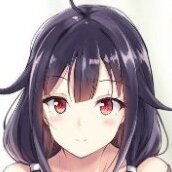 hi I've watched kill la kill and Prison School recently and was wondering if you guys know a good ecchi anime like those. thanx

PS: I'm also looking for this anime: story of a middle-aged man who is the number 2 manager in an evil company and his boss has ordered him to create the most diabolical game.

19 answers to this question