What anime are you watching now?

So what anime are you watching at the moment?   For me it's Psycho-Pass. I'm loving it so much! It's a Sci-Fi detective thriller but It's quite deep, alongside the depth and action of Ghost in the

I've really been watching this one for a few weeks, but most recently anyway, Net-juu no Susume. Basically it's about this woman who quits her job to become a NEET, and plays an MMO pretending to be a 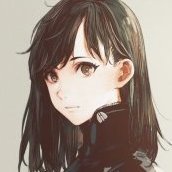 I am actually re-watching an anime, called Kanon! (The 2006 version, not the older one.) It's so heart-breaking in places, and has made me very emotional even though it is my fourth or so time wa