How are you feeling right now? 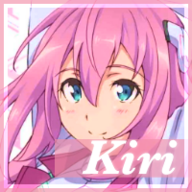 Finally got the nerve and she said yes

Hi! Sorry if this is in the wrong place. I was looking around and noticed that there doesn't seem to be a thread on this yet. On other forums I've been on, there's been a thread related to how you're

At the peak of happiness. I've been on an antidepressant and I think it's doing me a lot of good. Most of my fears about this brand have passed.  Learning about myself and taking action to change