Rate the song above you 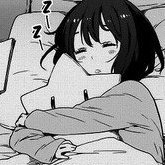 5/10 just too the voice that girl has is just not my cup of tea :3  https://www.youtube.com/watch?v=pzExFrZ9vX4

OwO I really like it!   --   A favorite piece of mine that I played with my orchestra last year

The nostalgia from this personally is just insane, watching Tom Syndicate play call of duty were the good old days