A Silent Voice (Koe no Katachi) 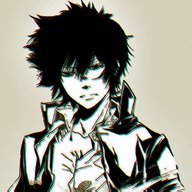 By Yuuki_Radosian,
September 8, 2016 in Anime Discussion