Things you hate but have to do

-  Showing up for work. Truthfully, it once was something I enjoyed...enjoy no longer...

Mine would be being The IT person for everything, even things where I have little to no knowledge, or know I cannot provide good answer. 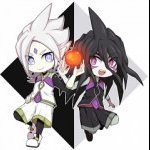 Studying French. I have 0 interest in this language, but I have to learn it in the university.