What did you think of the live action Full Metal Alchemist movie? 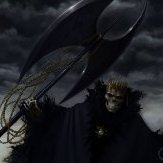 By King_Sama
February 21, 2018 in Anime Discussion