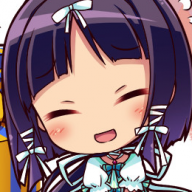 So, I just finished watching "My Boss, My Hero" episode 2. This is a Japanese TV drama that was a remake of a South Korean movie called "My Boss, My Teacher." So far, this series is really funny, an

Either Chuck or good old Star Trek DS9. However, having recently watched L.O.L. Arcane on Netflix they may have a new rival.