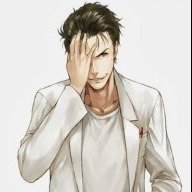 I had high hopes in terms of animation since it's ufotable, the use of cgi incredible! its used in the right moments and not distracting at all, i find the cartoonish characters fitting in this world.

Since it’s airing now and has a huge fan base I thought I’d drop this thread here. Please discuss all things Demon Slayer. Please remember to use the spoiler button to hide content that could be

Ep 3. Was absolutely perfect 👌  I love training episodes, you get to see so much character struggle and growth. But also the way the scenes were done were beautiful. Im really enjoying this