Would anyone be interested in making a light novel?

Nice work  XII360! I have two new drafts for Aria. Tell me which one you like best draft 1 and draft 2. I put all my creativity into this 😑😑

I am super down to write. I like the first concept posted, I think it could work as a great Isekai. Just One question, what's the empyrean and what would be said truth.  I think this as an Isekai 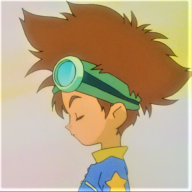 Ok, here goes... the Empyrean is the heavenly variety of three flames (other types are of water and earth) which are the dwelling place of God, and whoever inhabits one of these flames becomes a deity