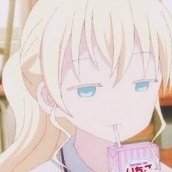 Everyone out here with good stuff and I'm embarrassed to say Backstreet Boys.