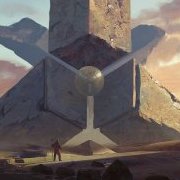 A club specifically focused on sharing any knowledge, insights or things you've picked up on writing and narrative in all shapes and sizes. Unlike the writer's clubs, this is more focused on teaching and learning new things, rather than sharing individual stories, so please feel free to join both! From people either getting into writing or those who have had years of experience doing so, anyone and everyone can learn or teach! Thus, I welcome you, to the writer's archive!