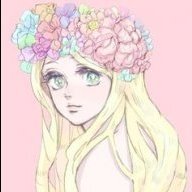 Looking for an anime to watch

As of right now I'm looking for an anime that takes place in the Victorian Era or a character that seems to love that Era. Dresses Victorian and is attracted to Victorian Theme's. It can be during that Era or Victorian Gothic, it doesn't matter to me. Recommend me some good anime's that has to do with that theme for me to watch next. I love the Victorian Era and having trouble finding one.

6 answers to this question