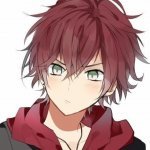 Bored As HELL!! Recommend me Manga or Anime...

Asked by Something Crazy

I'm not a noob or anything, but kindly recommend me manga or anime that will satisfy my boredom. I don't know what to read or watch. I prefer manga over anime, but recommending anime would be appreciated. Mainstream or Non-mainstream. Please~~

8 answers to this question