Always trying to look on the bright side of things, I've found two advantages in the long hot dry spell we're having at the moment. 1. My garden pond which had been silted up for years has dried 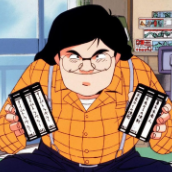 Ditto. The covid seems to be lasting less time than when I had it last year, so there's that.

Now the weather has cooled down a bit I thought I'd go into the garden and attack a  few weeds. But the ground is so hard and dry that I might well have been trying to dig holes in concrete. So I