Rate the Anime above you! 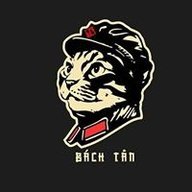 The Ancient Magus's Bride I think is very excellent I give it........ 9/10 If i write an anime i hope that if you haven't seen it that you at least try to go watch it before giving your opinion!!

I believe that forums got purged. So, shall we make another thread to grace the almighty anime.   RULES Inappropriate Content - Posting something that is unacceptable to the public's eye.