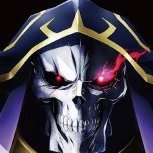 What Anime Should I Watch?

So I recently have gotten into Anime and need more. So far these are the ones I have seen in order:

21 answers to this question