Do you play games? What kind?

Do you play games? Yes no? What kind? Computer, console, board games? Whats your favorite and why? What Genre? Personally I like FPS (first Person Shooter) Strategic games MMO's RP 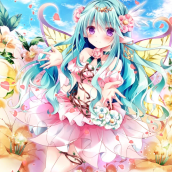 I started out with a Tetris console. I moved my way up to Nintendo where I have been playing tons of games from The Sims 2 to Pokemon (Silver, Gold, Platin, Soul Silver) and even Harvest Moon. The Dra