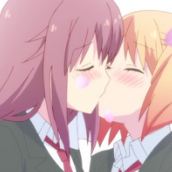 You sir, are inspirational. I didn't last past the third episode the screaming was just that bad.